You want to read. I want to give you stuff to read! Here’s how you can purchase works from my catalog.

The Chronicles of the Way & the Darkness

The Girl and the Golden Mirror

A free prequel novella that introduces Lord Fallondon Breck and his company of knights. Set almost a decade before Ascent of the Fallen, it’s a fast read, gritty story, and twisted ending.

Lord Fallondon Breck is a young knight searching for glory and purpose in the Kingdom of Heaven. After campaigns near Jerusalem he is stationed along the pilgrim road in Syria and tasked with an important mission: find and stop an unknown killer crucifying those traveling to Antioch.

Fallondon’s company of knights are dispatched to Ghmam, a remote village in the hills near Tishreen. Before he can do anything about his errand, he must face his most challenging trial: winning over the villagers, their proud leader, his resourceful son, and his beautiful daughter. Little does Fallondon know that the spiritual forces of darkness are already set against him.

Ascent of the Fallen

Book 1 of the Chronicles and my first published work.

How far would you go to save your family?

Lord Fallondon Breck must make a choice: watch his inheritance fall away into ruin, or rejoin the crusade for the Holy Land and win back his former fame and prosperity. However, unseen events and the spiritual forces of darkness are unfolding around him and his band of knights. As demonic foes prepare to unleash their evil designs upon old England, will Fallon have what is takes to come through for his friends, his family, and himself? Will he lean into his faith, of run away from it?

You can find it at most major retailers:

Coming soon in 2017, Exiles of Heaven is Book 2 in the Chronicles. It’s really more like a two-part pilot episode, finishing the introduction begun in Ascent of the Fallen.

Will you stand when everything in your world hangs in the balance?

Crusader Lord Fallondon Breck’s faith has been tested. After facing down the demon lord Baal and his followers, Fallondon and his company of knights must return home to vouchsafe their friends and family. His angelic ally Josephial is trying to muster the strength of Heaven to aid him. Yet the spiritual forces of darkness, led by an insidious, driven foe, will do everything to stop them. When hell breaks loose on earth, will Fallon and his allies find the strength to win out? Or will old England fall into despair by the Exiles of Heaven?

You can find it at most major retailers:

Map of the Stars

Map of the Stars will release (hopefully) in 2017. I’m a little behind.

Betrayal starts with a single step. Recovery is no different.

Lord Fallondon Breck and his knights have survived the night, but the armies of Hell are hot on their trail. Leading a band of refuges, past adversaries, and his own people, they make for the safety of Athylford Convent. If they can make it, the sacristy may contain the knowledge necessary to defeat their demonic foe. But who knows what evil grows within their midst?

What else is going on?

I’ll keep this page updated as best possible with all of my writing. I have at least two other series in progress for future release: a steampunk/dark fantasy world of nation-states, sorcerers, military campaigns, and a band of brothers and sisters in arms called The Dreadship Cycle, and a princess-turned-runaway-turned-heroine epic fantasy called The Perils of Princess Penelope.

I also have several projects in early development, including a modern-day rewrite of The Count of Monte Cristo, a 300-esque tale of the Biblical magi and their journey to meet the baby Jesus, a stand-alone near-future story digging into ethical questions of consciousness, and a few non-fiction works on prayer and writing warfare.

You can always keep up on what’s in the pipeline via my newsletter, or Following me on popular platforms: 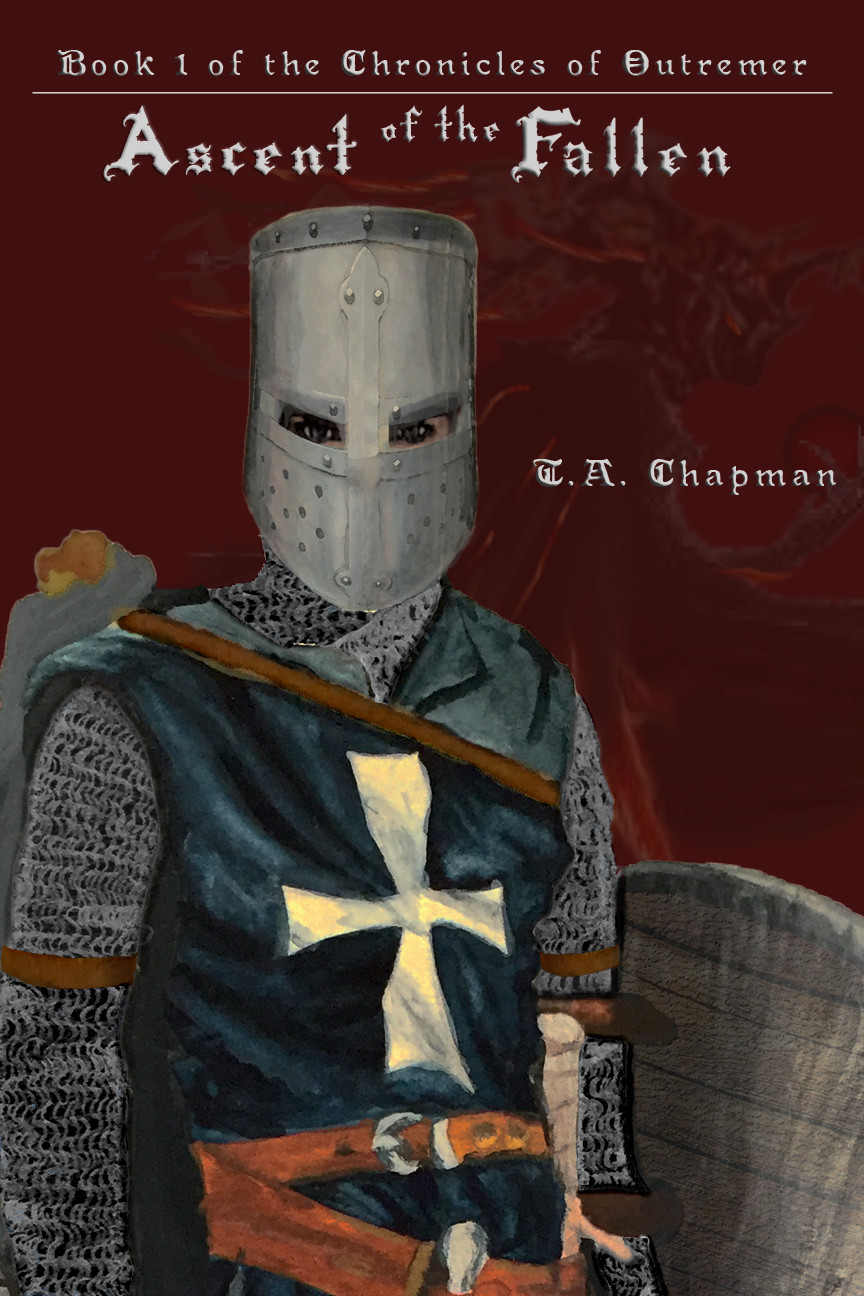 Many thanks to Monica Peredes Chambers for working with me on my first book cover. I commissioned her for the initial launch of Ascent of the Fallen, and she rocked it with this knight. I’ve since gone to a series designer with Elizabeth Mackey, but I still love and appreciate this original for the Chronicles series. (It also shows the development of an author as I’ve since changed the series title and pen name for my genre….and suffered much confusion over it!)

Coverart shown here is speculative, but in the interest of providing visual reference, I thought it was nice. Map of the Stars design from Canva. Map of the Stars image from Denise Krebs. The Girl and the Golden Mirror by Travis Chapman. Ascent of the Fallen and Exiles of Heaven by Elizabeth Mackey